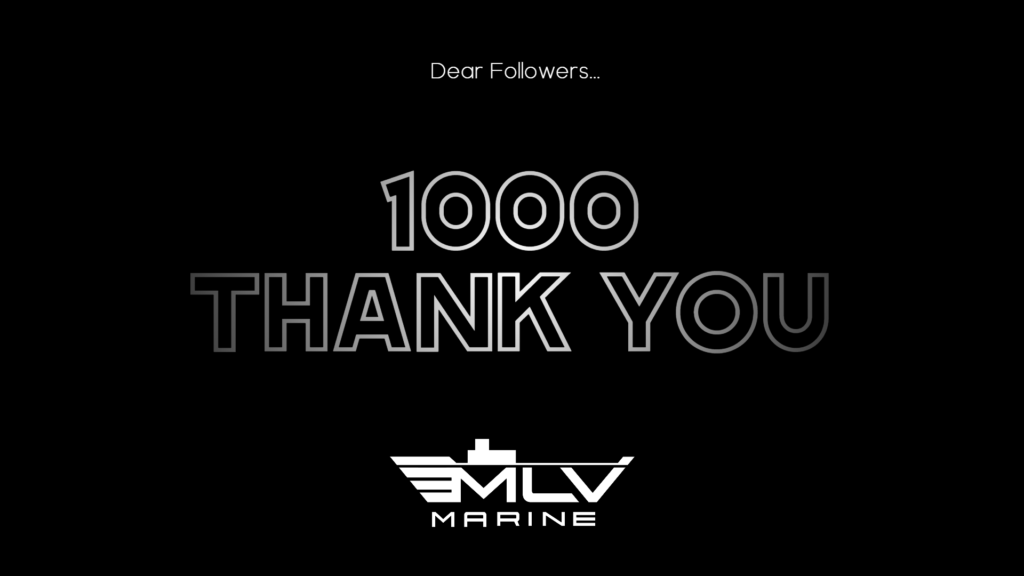 Unity is Strength. When there is teamwork and collaboration, wonderful things can be achieved.

Many thanks to everyone who likes our page and shares/comments on our content. We appreciate your support & co-operation and enjoy engaging with you!

We now have over 1000 Organic Followers with in just under 8 months, another Milestone for MLV Marine

MLV Marine are beyond excited & proud to let you know that our Managing Director, Mr. Stephen Calligeris has been awarded by YoungShip Cyprus & The Youth Board of Cyprus with the “YoungShip Innovation & Entrepreneurship Award for 2020”. This award was given to Stephen Calligeris in recognition of his significant contribution in the Cyprus maritime industry, as during the Covid-19 pandemic he has found MLV Marine with an aim to provide reliable marine technical services, installation, surveys, spare parts supply, and technical support.

Unfortunately, due to the extraordinary restrictive and protective measures of Covid-19 the last few months, the YoungShip Cyprus’ president Mr. Varnavas presented the award to our Managing Director only yesterday (30/3/2021) – “Stephen is an active and trusted young shipping professional in Cyprus who has built up a solid reputation and managed to setup his own startup company after many years of hard work and dedication in the maritime industry. This award is recognition of that and we hope Stephen continues to add value the Shipping community of Cyprus. YoungShip members may look up to him and Stephen has expressed his interest to mentor some of our YoungShip members if ever the need arises.” 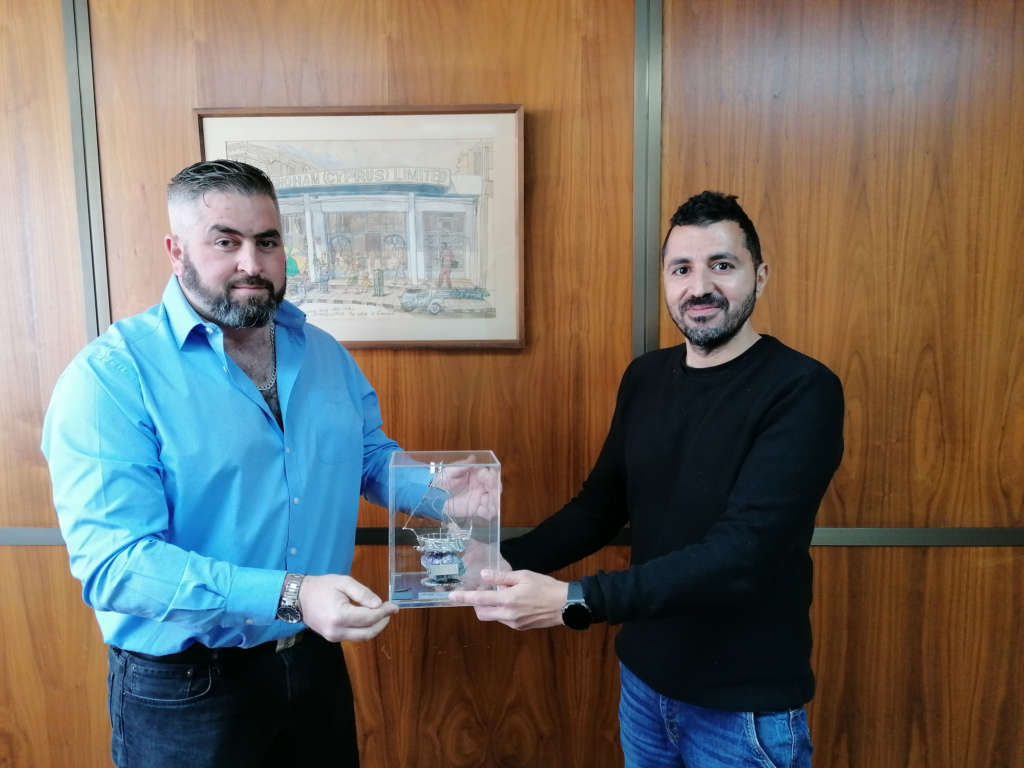 Mr. Calligeris receiving the award goes on to say, “By receiving this award it makes me feel proud of my colleagues who have made MLV Marine what it is today within one year of operations, I am happy that my colleagues have trusted in my vision and supported me like family and the atmosphere within MLV is one of a positive and productive nature, with their help, we have made MLV into a trusted partner/supplier for many in such a short space of time and we collectively thank all of our trusted partners and clients who have put their trust in MLV. I am proud of what we have achieved as a team and especially during particularly tough times (COVID19) were a number of companies where fighting for survival, closing or downsizing, MLV was starting up and expanding. For the foreseeable future, MLV will continue to strive to become established as a recognised global name.

Please support us by following our LinkedIn – www.linkedin.com/companies/mlvmarine

We are proud to have our Managing Director, Stephen Calligeris, featured in the Cyprus National English Newspaper – Cyprus Mail.

Back in 2006, Stephen Calligeris made two difficult decisions: First, he decided to move from London to Cyprus, leaving a solid corporate job with engineering giant Bombardier. At the same time, he changed careers, moving from aircraft engineering to marine electronics, at a startup marine services firm in Limassol.

“They were two of the best decisions I’ve ever made,” Calligeris told the Cyprus Mail in an interview. Today, based in Larnaca, he owns a marine electronics business that is well-known throughout the entire Levant for innovation. 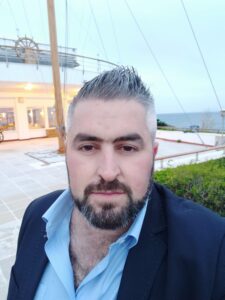 The 40-year-old Calligeris, whose father was Greek and whose mother was Cypriot, worked with four startup firms over the years, and each one turned out well. He also built up a solid reputation in marine electronics, in particular as an expert with voyage data recorders (VDRs) – commonly known of as ‘black boxes,’ the data gathering equipment on planes and ships that enables reconstructing the history in case of accident.

In 2011, he was rushed to the scene of an oil tanker hijacking in Oman, and the world watched as he retrieved the critical data.

But Calligeris built up a solid network while helping the startups he joined to grow. “I decided to be service-centric, instead of trying to sell products. There are lots of marine businesses in Cyprus that focus on selling expensive equipment. But shipping businesses here need someone who can repair that equipment and preserve the firm’s investment,” he noted.

“I chose to move to Cyprus because I had confidence in its future. Even back then the shipping industry was growing, and I thought the Cyprus economy would too. There were other young people in marine services here who felt the same way. It wasn’t a perfectly straight way to get ahead, but it did take me there,” Calligeris insisted.

Even with all his experience, starting his own company, MLV Marine,  in 2020, took courage, he says. “You have confidence, in yourself, in the industry, in Cyprus, but the risk is real,” he said. Calligeris risked his own money to start the business, with no loans of any kind. “It is better to start out without any debt, to limit the pressure while you are taking the first steps,” he adds.

Calligeris took the new company into cutting-edge areas for his field, like automated monitoring of alarms and engine controls – and these proved to be successful.

Last Friday, Calligeris’s  achievements culminated in his receiving the YoungShip Cyprus Association’s ‘Entrepreneur / Innovator’ of the Year award for 2020.

“Stephen is an active and trusted young shipping professional in Cyprus who has built up a solid reputation and managed to setup his own startup company after many years of hard work and dedication in the maritime industry,” said  Antonis Varnava, President of Youngship Cyprus in presenting the award.

MLV Marine offers a number of services, including technical service for electronic and communication equipment, surveys and repairs as well as providing a 24/7 global service network.

Like so many successful entrepreneurs, Calligeris found time to start other companies. He has a Larnaca-based SAP technical support company called SC Silver Consultancy Ltd., which works with companies around the world specialising in SAP software support and development. And he’s opened the first independent co-working space, iDesk.Space, in Larnaca as well.

“There will be more to come, no doubt,” Calligeris said. “I’m part of a community now, and that makes it all possible. What’s more, Cyprus is evolving, and there are many opportunities to succeed here.” 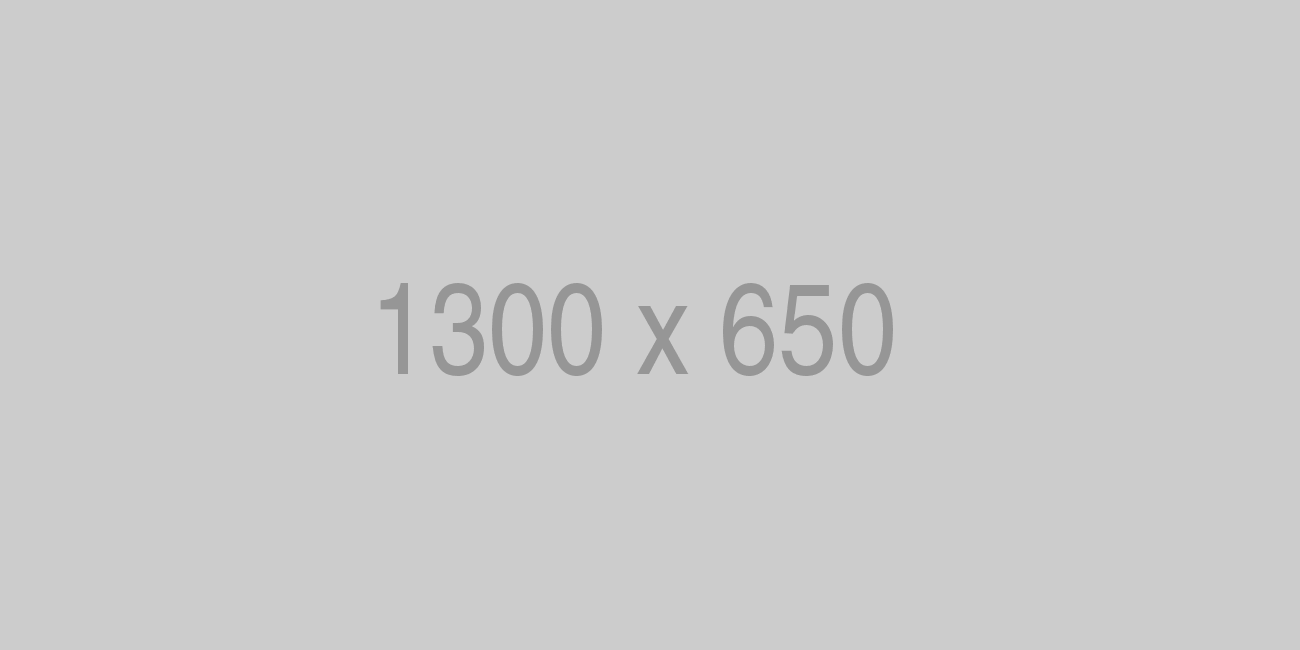 MLV Marine officially started trading in 2020 during the Global Pandemic (COVID19) which was a bold move considering the increase in travel restrictions and difficulties attending vessels to carry out services. MLV Marine look forward to what the future holds.

Top
We use cookies on our website to give you the most relevant experience by remembering your preferences and repeat visits. By clicking “Accept”, you consent to the use of ALL the cookies.
Cookie settingsACCEPT
Manage consent

This website uses cookies to improve your experience while you navigate through the website. Out of these, the cookies that are categorized as necessary are stored on your browser as they are essential for the working of basic functionalities of the website. We also use third-party cookies that help us analyze and understand how you use this website. These cookies will be stored in your browser only with your consent. You also have the option to opt-out of these cookies. But opting out of some of these cookies may affect your browsing experience.
Necessary Always Enabled
Necessary cookies are absolutely essential for the website to function properly. These cookies ensure basic functionalities and security features of the website, anonymously.
Functional
Functional cookies help to perform certain functionalities like sharing the content of the website on social media platforms, collect feedbacks, and other third-party features.
Performance
Performance cookies are used to understand and analyze the key performance indexes of the website which helps in delivering a better user experience for the visitors.
Analytics
Analytical cookies are used to understand how visitors interact with the website. These cookies help provide information on metrics the number of visitors, bounce rate, traffic source, etc.
Advertisement
Advertisement cookies are used to provide visitors with relevant ads and marketing campaigns. These cookies track visitors across websites and collect information to provide customized ads.
Others
Other uncategorized cookies are those that are being analyzed and have not been classified into a category as yet.
SAVE & ACCEPT